Casino scam are simply legendary. On the one hand, casinos dedicate millions of dollars to protect themselves against scammers and con artists. On the other hand, some people indulge in scams, knowing very well the consequences of being caught. Only a few scammers succeed.

Below are casino scams that worked.

This is not sci-fi. People have previously used special contact lenses to collect invisible ink that was used to mark cards.

For instance, four con artists took $88,000 from poker tables in 2011 at the Les Princes Casino in Cannes, France. The cheaters marked the cards using invisible ink. They drew a line and a cross to indicate an Ace and a King, respectively.

Since one of the cheaters worked at the casino, implementing the scam wasn’t difficult.

Later in the week, the group returned for another session at the high stakes poker table, but the casino suspected them. Afterward, French authorities discovered the marked cards.

From 1995 to 2000, a pair of fraudsters called the “Roselli Brothers” used a computer hacker to access casino credit system data.

The duo stole the identity of people with the best credit and deposited $50,000 into the accounts. When they received credit lines from the casinos, they began withdrawing large sums of money.

From Nevada to New Jersey to Puerto Rico, the “Roselli Brothers” stole an estimated $37 million from casinos. Unfortunately, the scam wasn’t discovered until the duo died.

Some scammers distract dealers so they can steal chips or tamper with playing cards.

To accomplish this, scammers avoid being seen by the casino security staff or advanced technological security tools.

According to the Ohio Casino Control Commission, almost 100 scammers took up to $2,000 worth of chips at a time in a 2012 scam that hit Buckeye State casinos. Several cheaters evaded the capture.

Scammers exploited a procedure that Citibank had put in place at the bank’s Nevada and California cash advance kiosks.

Ara Keshishyan, the mastermind behind the scam, made it possible to make multiple unrecorded withdrawals at these kiosks within 60 seconds.

Although it wasn’t possible to withdraw more than $10,000 at one instant, the group of 14 fraudsters took at least $1 million using this technique.

In 1973, a roulette dealer integrated a radio transmitter into a cigarette pack and put a tiny receiver in the roulette ball. By manipulating the ball using the transmitter, the dealer stole $1 million from the casino.

The owner foiled the scam after suspecting the participants. 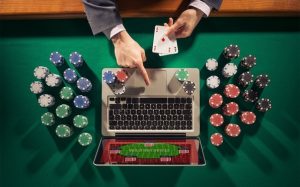