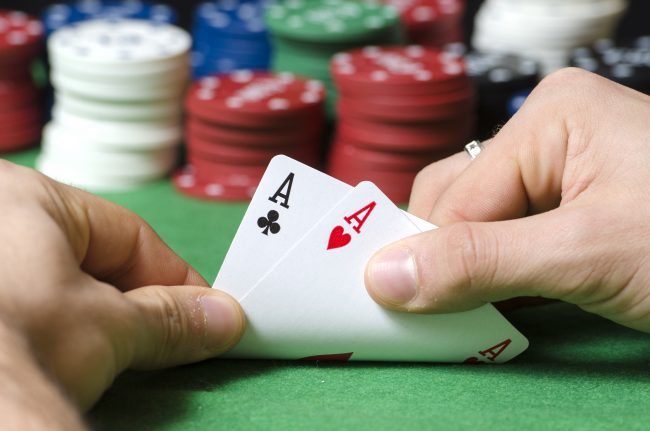 Casino securities are tight, management will spare no expenses in this department because they deal with a massive sum of cash on a daily basis. Players swarm in and out of online casino to withdraw and deposit their cash, in a way, a casino can also act as a bank, which is why security is so crucial. In fact, the technology deployed by modern casinos to improve security is so advanced that it is often applied by other institutions as well. According to the former executive director of a major casino — Dave Shepherd, casino technology is often adopted by everything from banks to governments around the world. This, however, does not prevent some of the more professional scammers out there to pull off what can be considered to be the most infamous stunts in history. The fact is that as casino security advances, the scammers are also adapting by getting smarter and smarter. For your interests, here are 8 casino scams that actually worked:

In 2011, four genius con artists went to France and ripped off 88,000 USD just by playing high stakes poker with their special contact lenses on. This scam took place in Les Princes Casino, and what they did was they marked the cards with invisible ink that could only be detected by special contact lenses that they were wearing. Unfortunately, the french authorities caught wind of this and spoiled their second attempt.

You might ask yourself, what kind of lousy security does an online casino have to allow players to bring radio transmitters onto the table? Well, the trick is simple, this french roulette dealer working at the Casino Deauville who, surprise, surprise, is also a scammer, had managed to sneak in radio transmitters for his sister and brother-in-law, by hiding them in cigarette packs. He managed to take 1 million USD from the casino before being caught.

Edge sorting is a scam that requires a high level of skill as the trick only works if the eyes of the scammer can keep up with the speed of the dealer’s hand as they are shuffling the cards. In 2012, Phil Ivey, Jr. managed to cheat 11 million USD from Crockfords Casino in London by keeping track of the tiny and minor imperfections on the back of face-down playing cards.

Sector Targeting is truly an advanced scam as it requires a laser and computers for it to work. For the three gamblers who scammed 2.1 million USD from the Ritz Casino in London, they used their mobile phones as the laser device and had an elaborate computer system set up at home to predict where the ball will land on the roulette wheel. They were caught but later released as they were no laws prohibiting the use of sector targeting in casinos at the time.

This is a famous one, and it involves a trick that is both simple and complicated to pull off. In involves advanced mathematics and flawless sleight of hand by pretending to shuffle and deal the cards. In 2011, Phuong Quoc Truong and his team of card counters managed to rip off 7 million USD from 25 different casinos in Southern California.

This is more of a heist than a scam, as Ara Keshishyan and his team straight up robbed casinos by exploiting their security protocol on Citibank’s cash advance kiosks. It is nevertheless, bold and impressive for them to pull it off. They stole a total of more than 1,000,000 USD from casinos.

The scammer uses counterfeit coins to fool the casino, this is such a stupidly simple scam that it still shocks experts today that Louis Colavecchio managed to pull it off in various casinos all over Vegas back in 1998.

This is a massive scam that involves 50 to 70 people. In 2012, players swarm into a game of roulette so as to distract the roulette dealer. With this much people shuffling about and making low bets on the table, it becomes difficult for the casino to catch thieves who stole the chips and exchange them at some place else.